In Germany I watched the drawing line become a carving of a surface, a new possible dimension. What is this place?, I asked to myself. This is another time-space. It was on my first foot in Berlin that I wondered not if art could have another time, but if maybe time could have another art. I had been told that if the city admitted me, she would mistreat me many times, giving me only the bare minimum to breathe, testing me, compelling my real identity to manifest. As the saying goes, “Berlin is poor, but sexy”, indeed.

My decision to stay was what kept me alive, and my decision to survive was why I abandoned her. I sank with my gouges into the vegetal topology of Brandenburg; the neurosis of industrial circuits, generational traumas, post-war architecture, coal routes, secret codes and endless bureaucracy still present inside myself now in the gentle sounds of the forest, at Luckenwalde. Inside and outside myself, reality presented the line no longer as a trace sketched by the movement of a human limb of some origin, existence and projection, but as a void filled by contingency.

In some works I abandoned figuration in favor of a dialogue with the material, submerging it in the black magma of decay, trying to accelerate its extinction. I racked the wood, unveiling underground layers of reality, that of the sandy depths of this plain. My perception focused around a figure or two when figuration came back to comfort me, only for a bit. The shoes emerged behind the scenes parading some tacit Germanic identities, and the work of Käthe Kollwitz, predecessor of German Expressionism and champion of humanity and compassion. Thermodynamics, Quantum Theory, interest in black holes, meditation, maybe it was my disagreements with Hegel or perhaps it was my fondness for the work of Albert Einstein and the interest in getting to know the ecosystem that nourished his hopeful views. But perhaps, like him, I came to the conclusion that the German people, after becoming masters of it, would have lost the trace of its meaning. I am talking about time.

I understood the image, which concerns my profession as a painter, as the set of over thousands of consciousnesses orbiting as streaks composing a certain reality, sustaining its existence in an non-reproducible lapse, created by all and still private to some. I wanted to create an image that adhered to the prohibition to capture the image, being both public and private. I held myself between painting and engraving by furrowing a bas-relief with my tools. I created an original that cannot be reproduced. Woodcut blocks that can not be printed, questioning the auratic purpose of my work. To work on wood allows me to start from time, and inflict alteration and decomposition. The image is that of empty space. This is where I can feel the making of time.

To live the experience that Germany offered me, I had to stop being myself, move out of the role of being a painter, lose track of my own time-line and be absorbed by a new set of social codes and the peculiar way of living time that Germans have. In the forgetfulness of the “I”, I found myself. Berlin asked to myself who am I. This initiated a process in which I was doubled in endless possibilities, revealing too much that I didn’t know. And there, I am, an origin, submerging into the blackness of this time-space, sinking my tools in the wood, in dialogue with the resistance of the material, touching the once-living wood as a skin, as the flesh and bone of time. 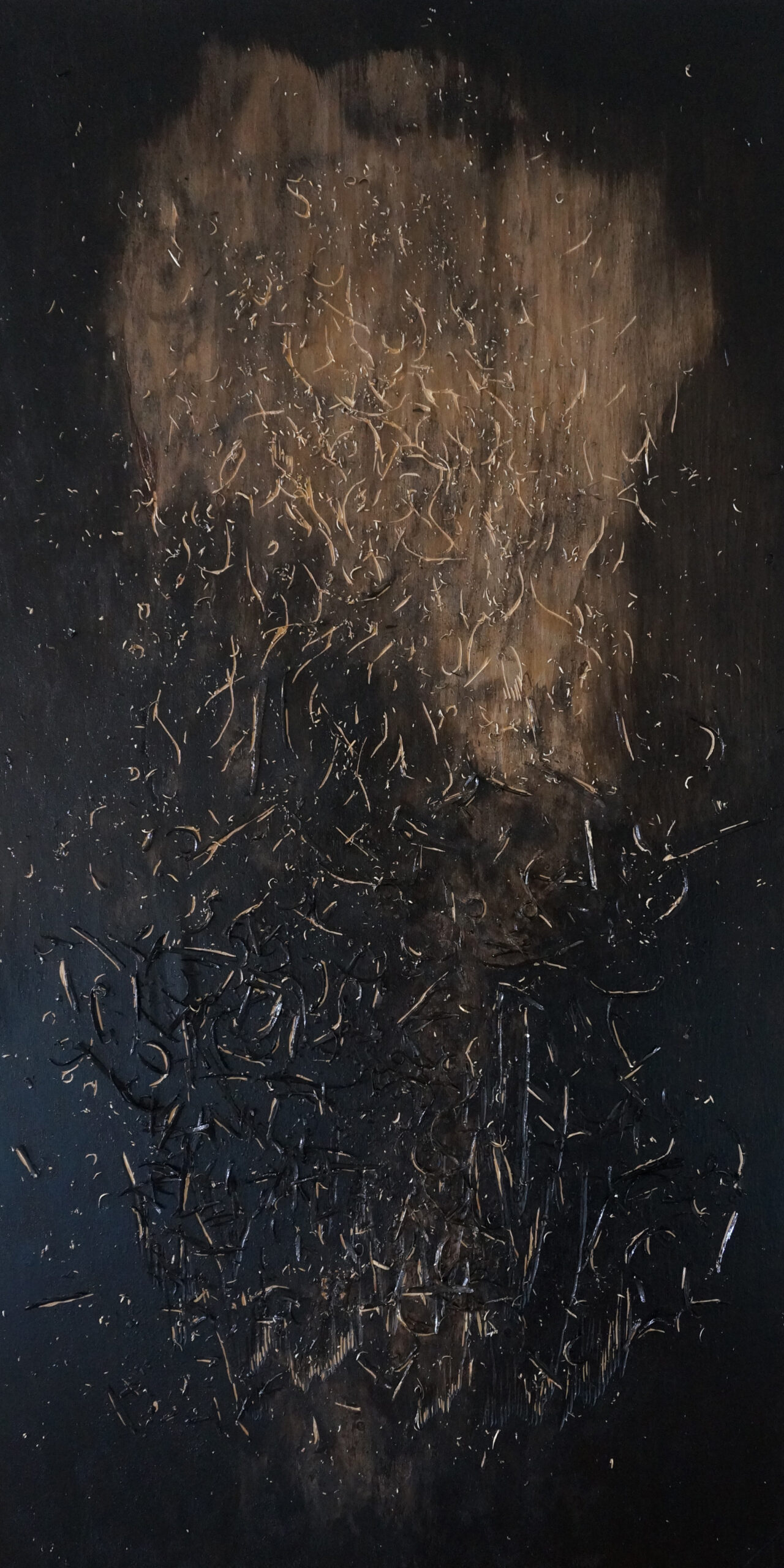 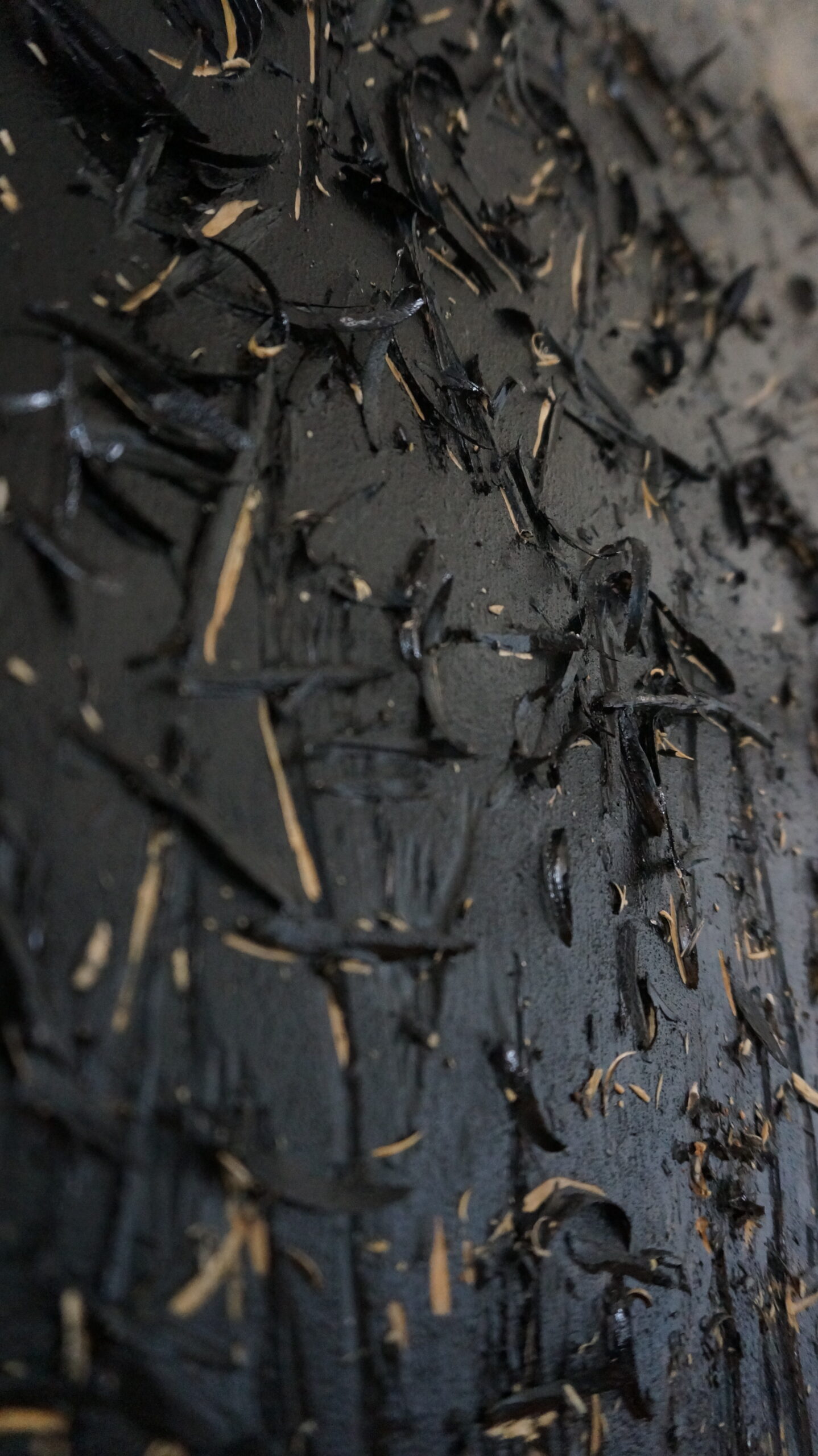 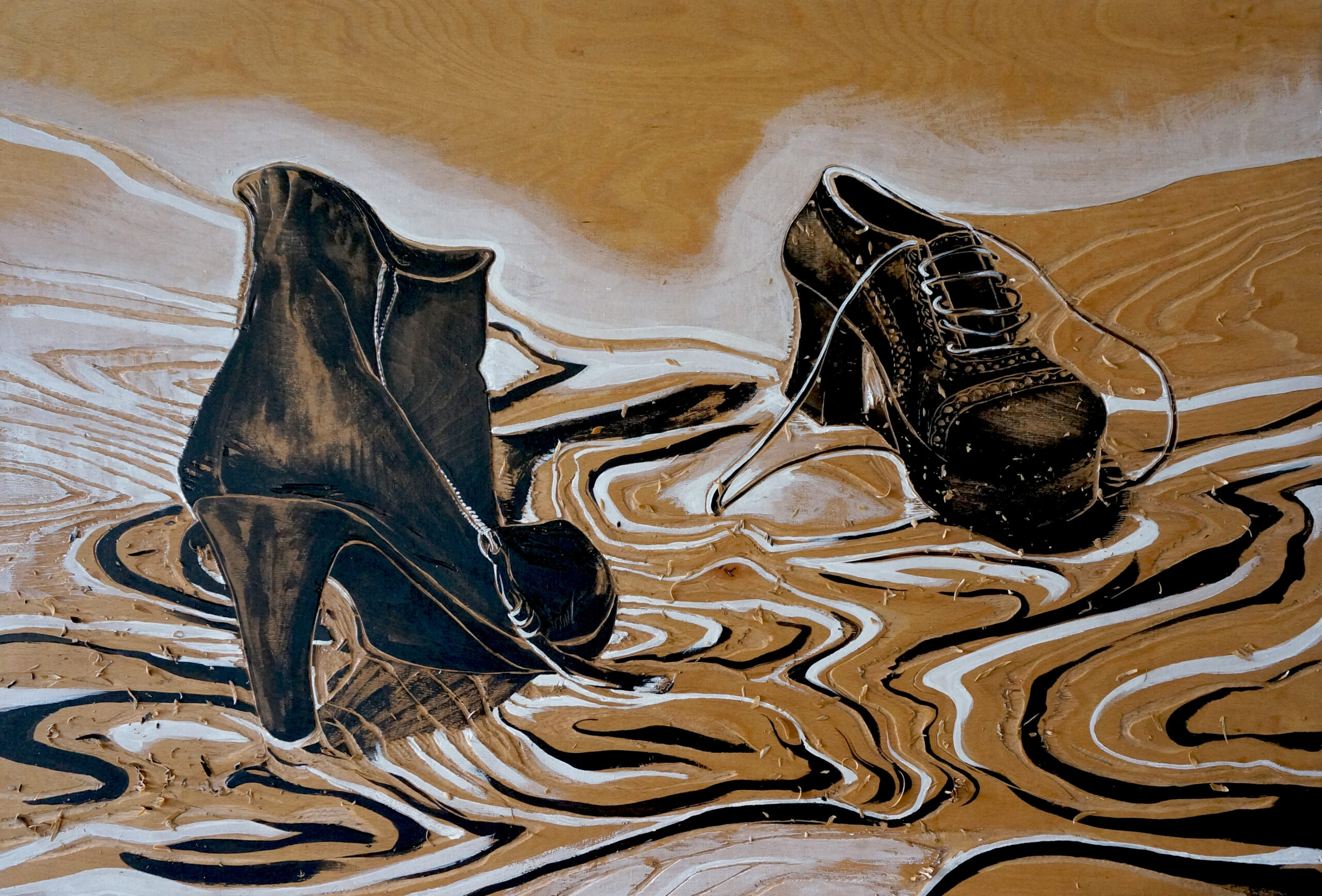 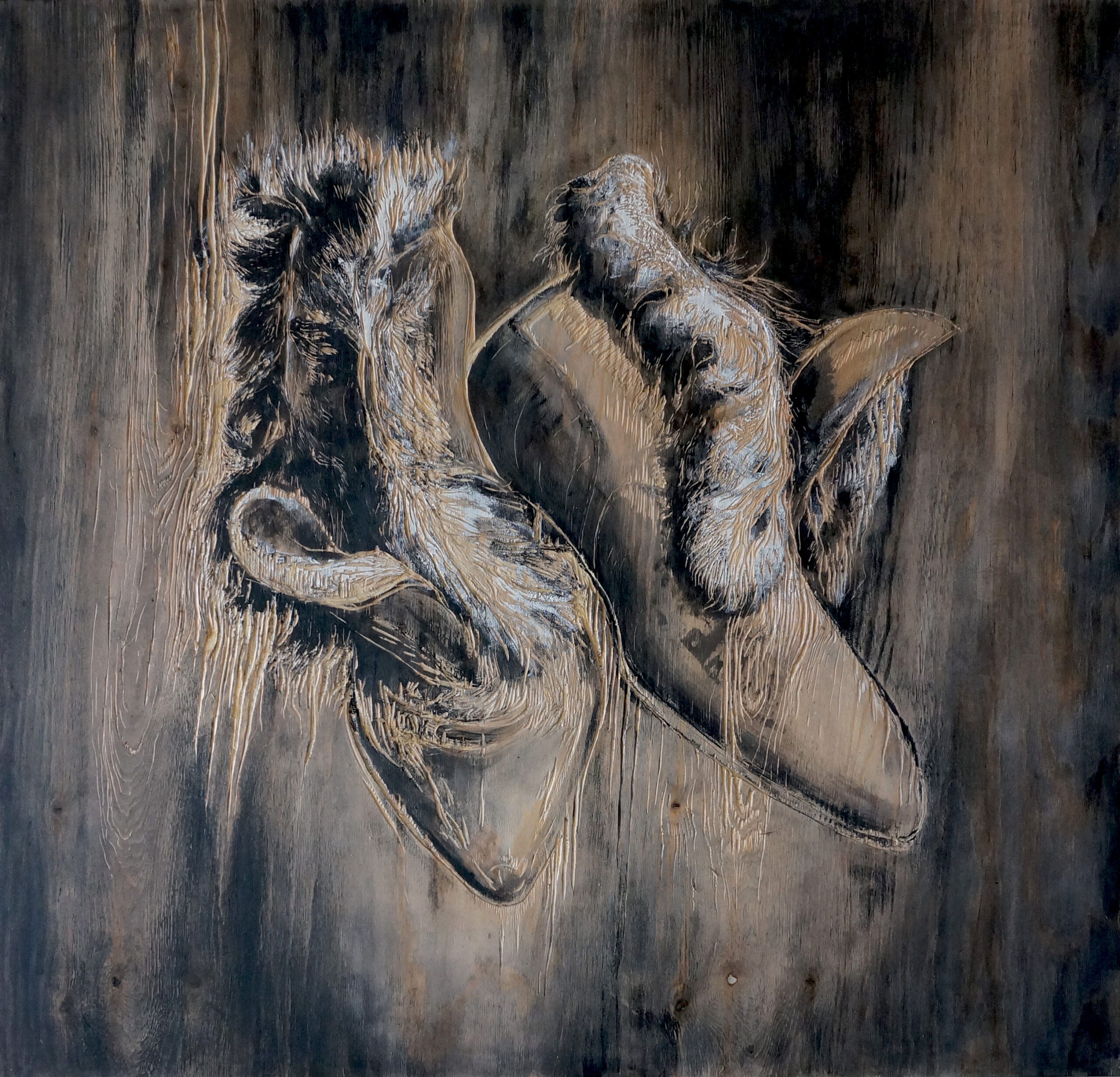 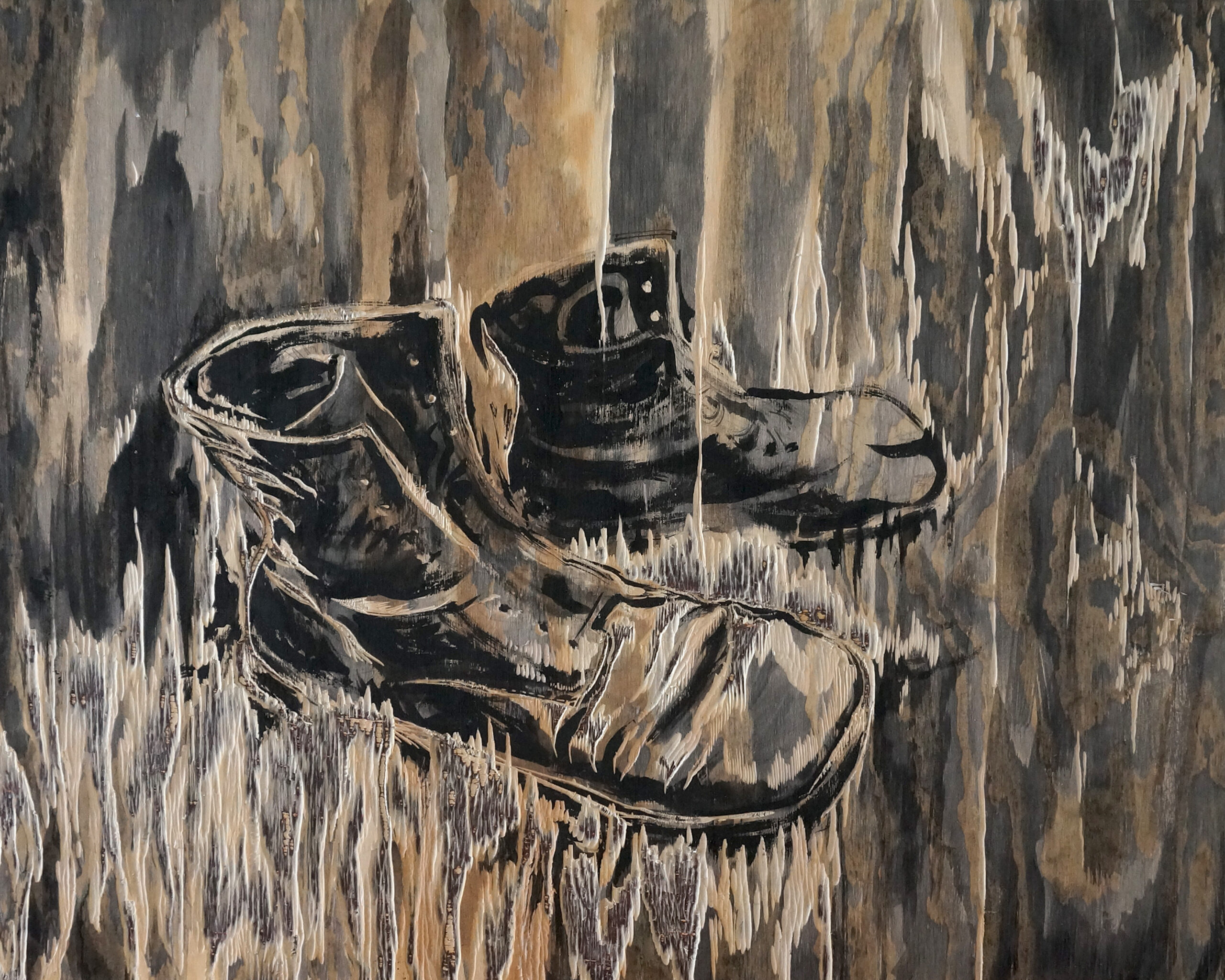 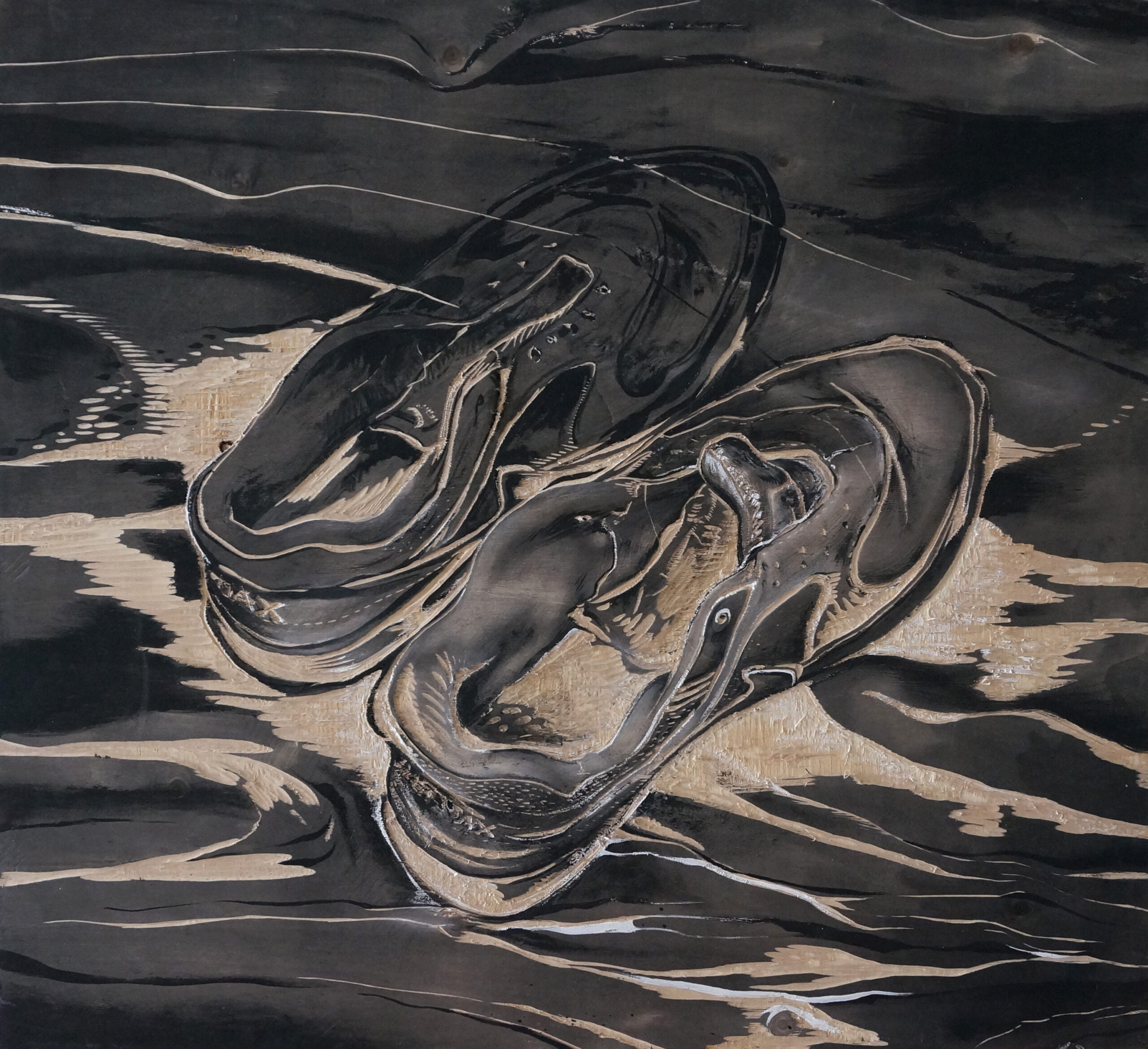 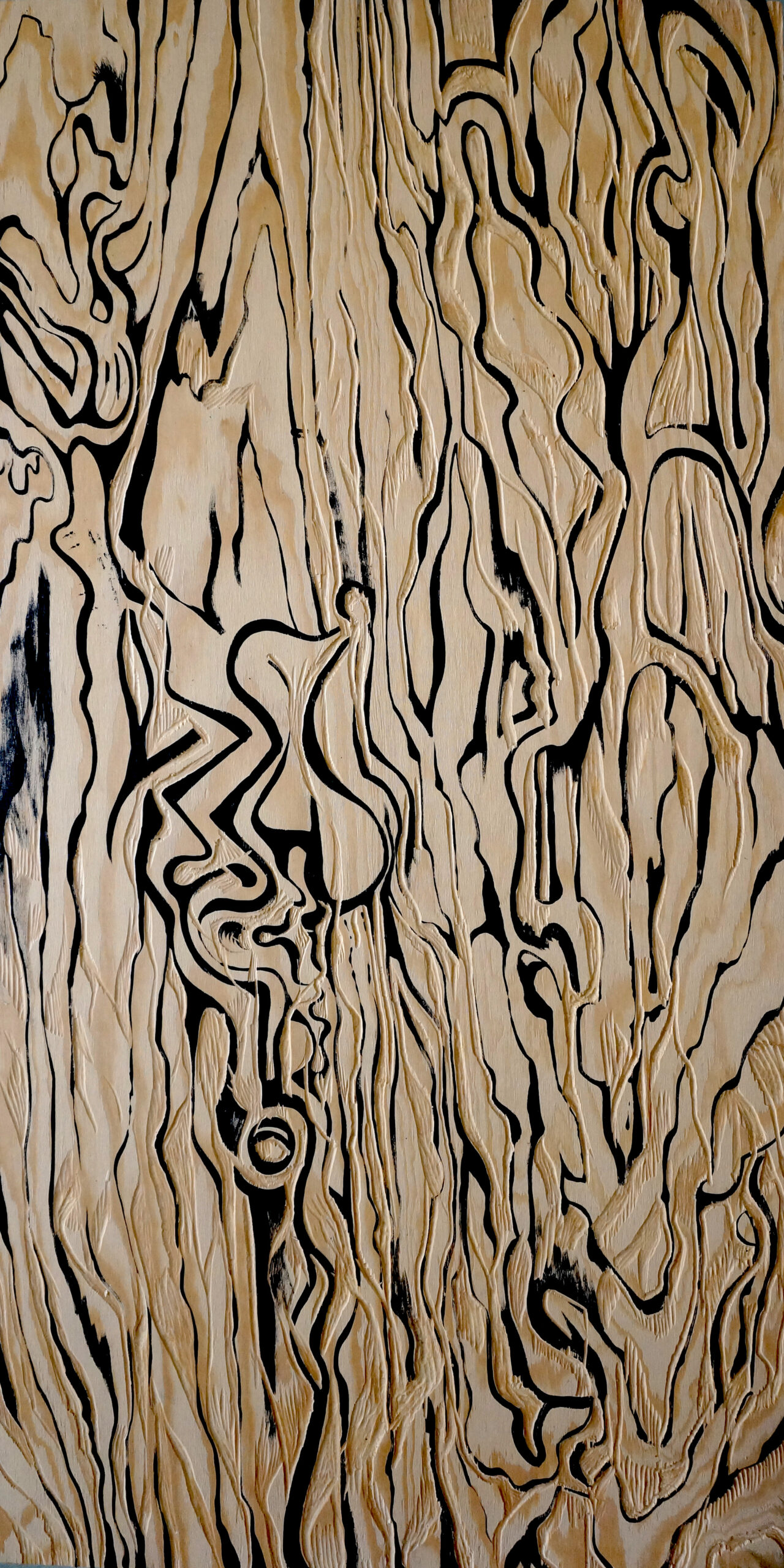 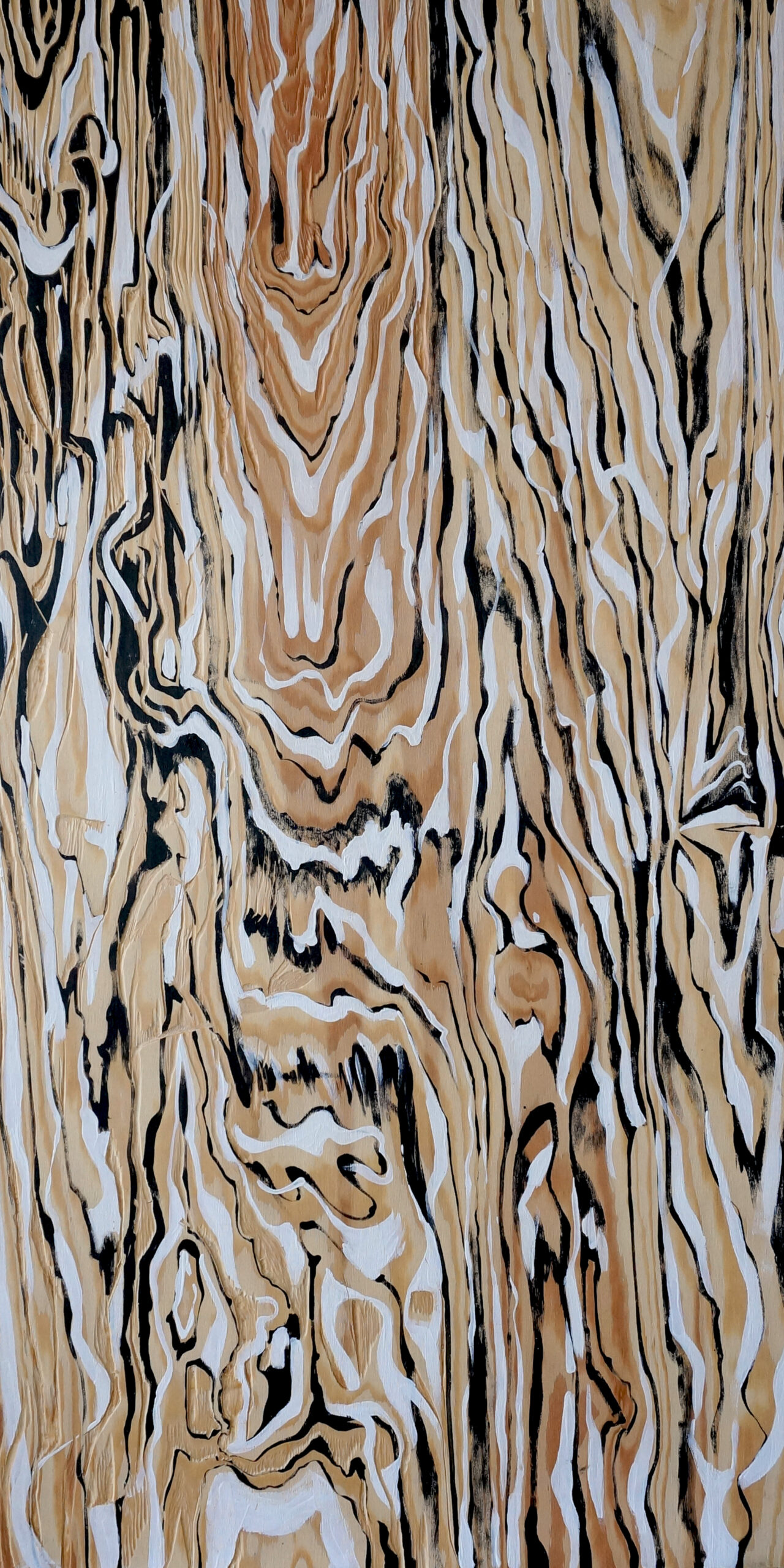 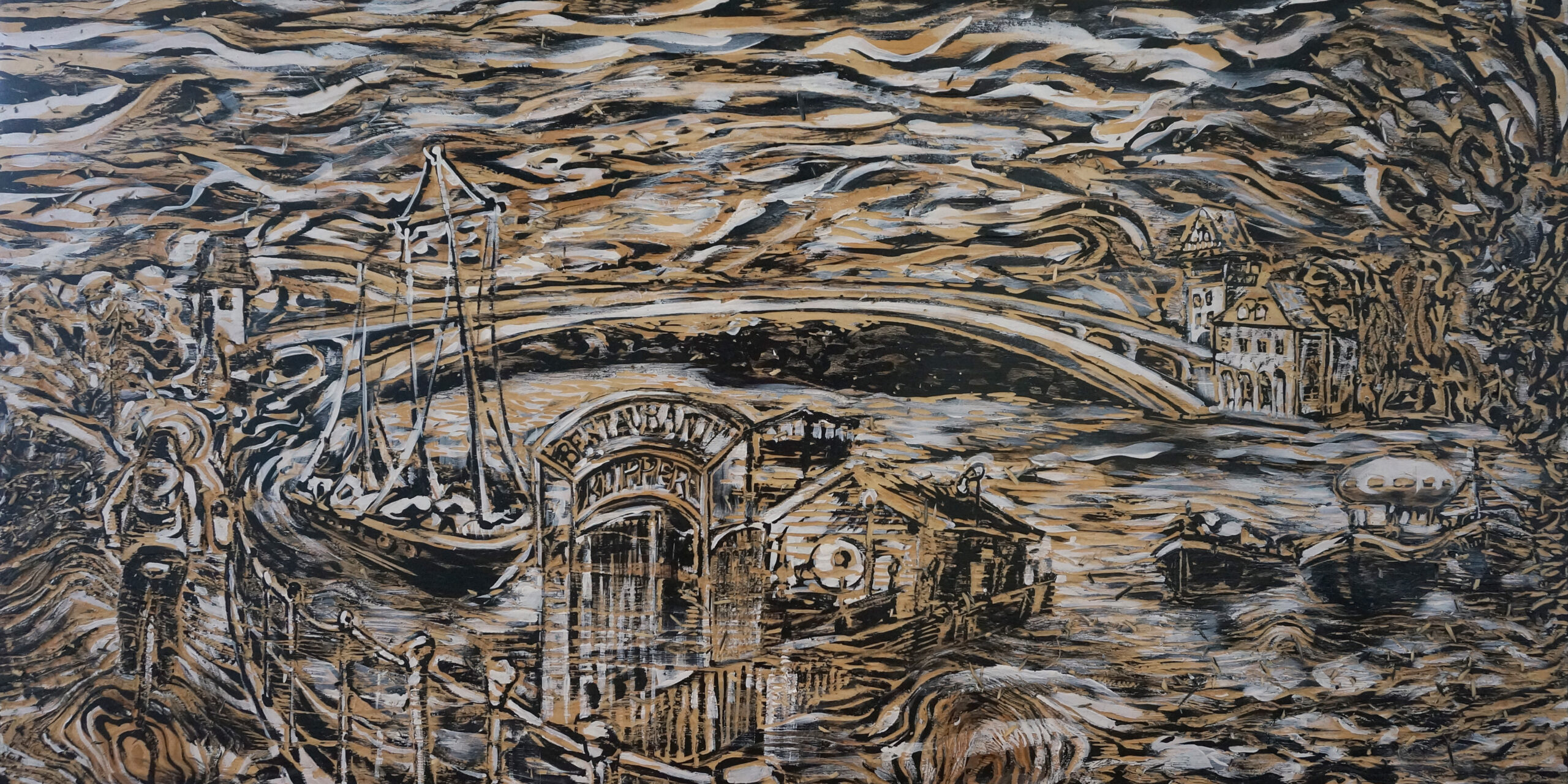 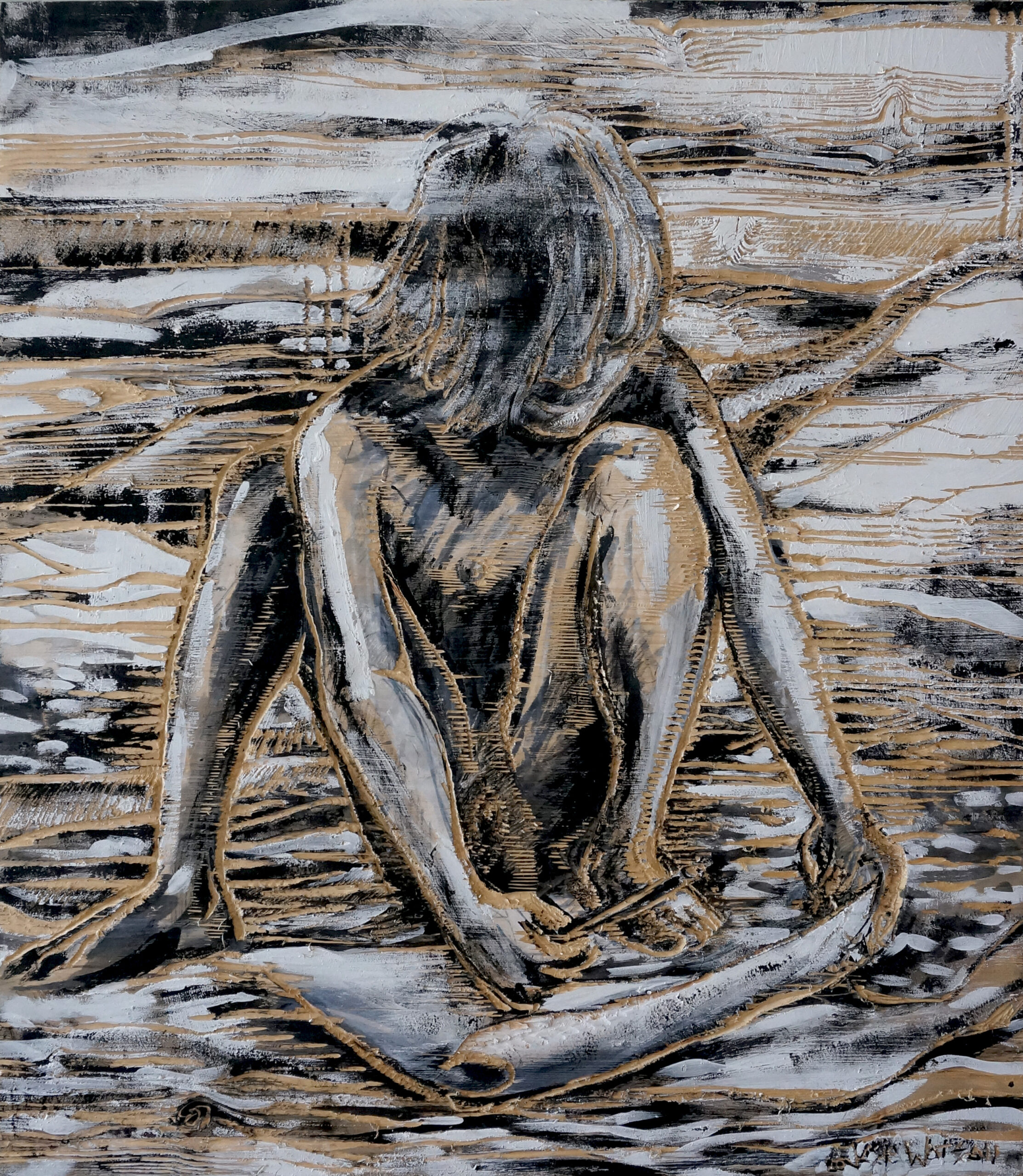 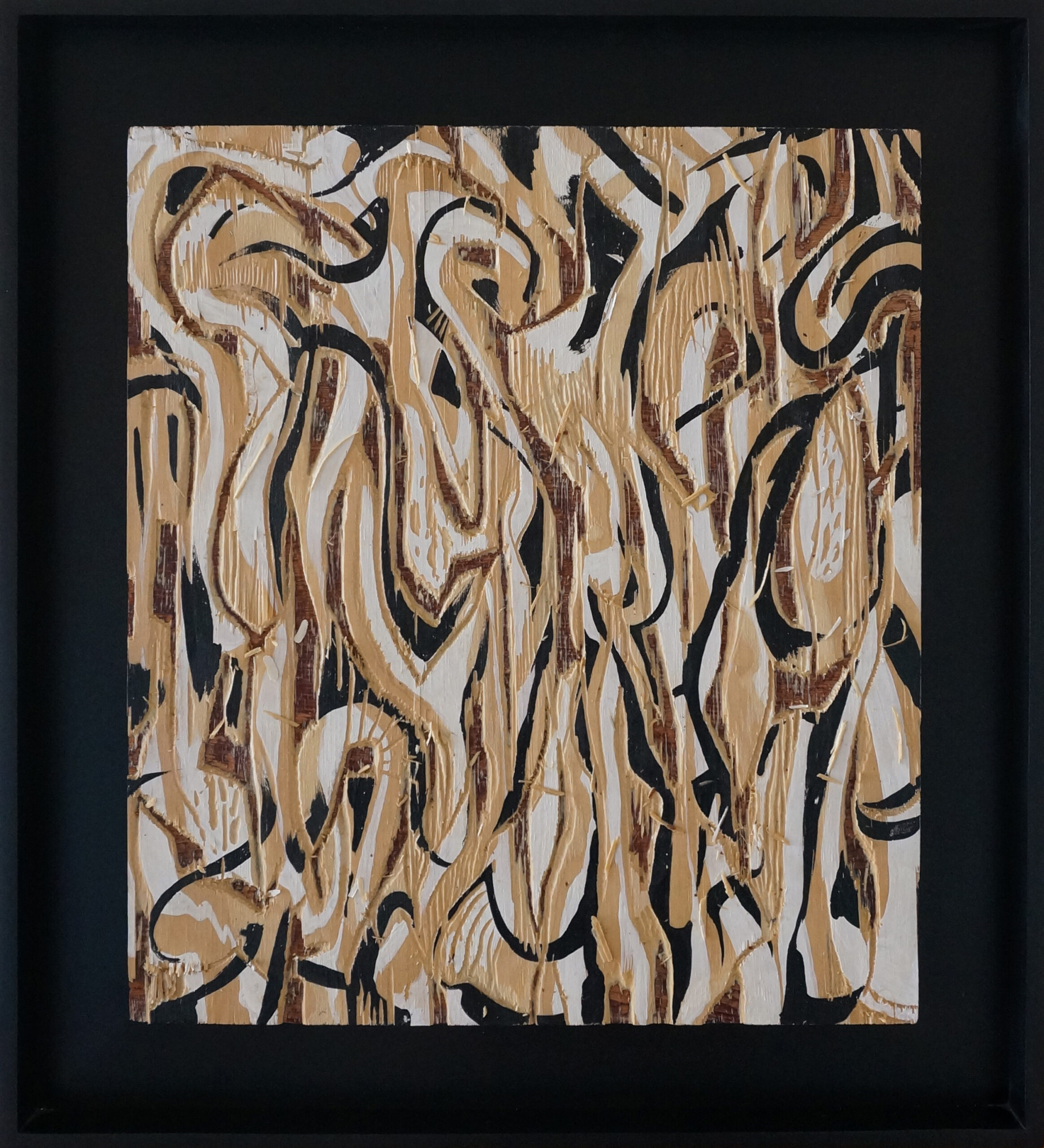 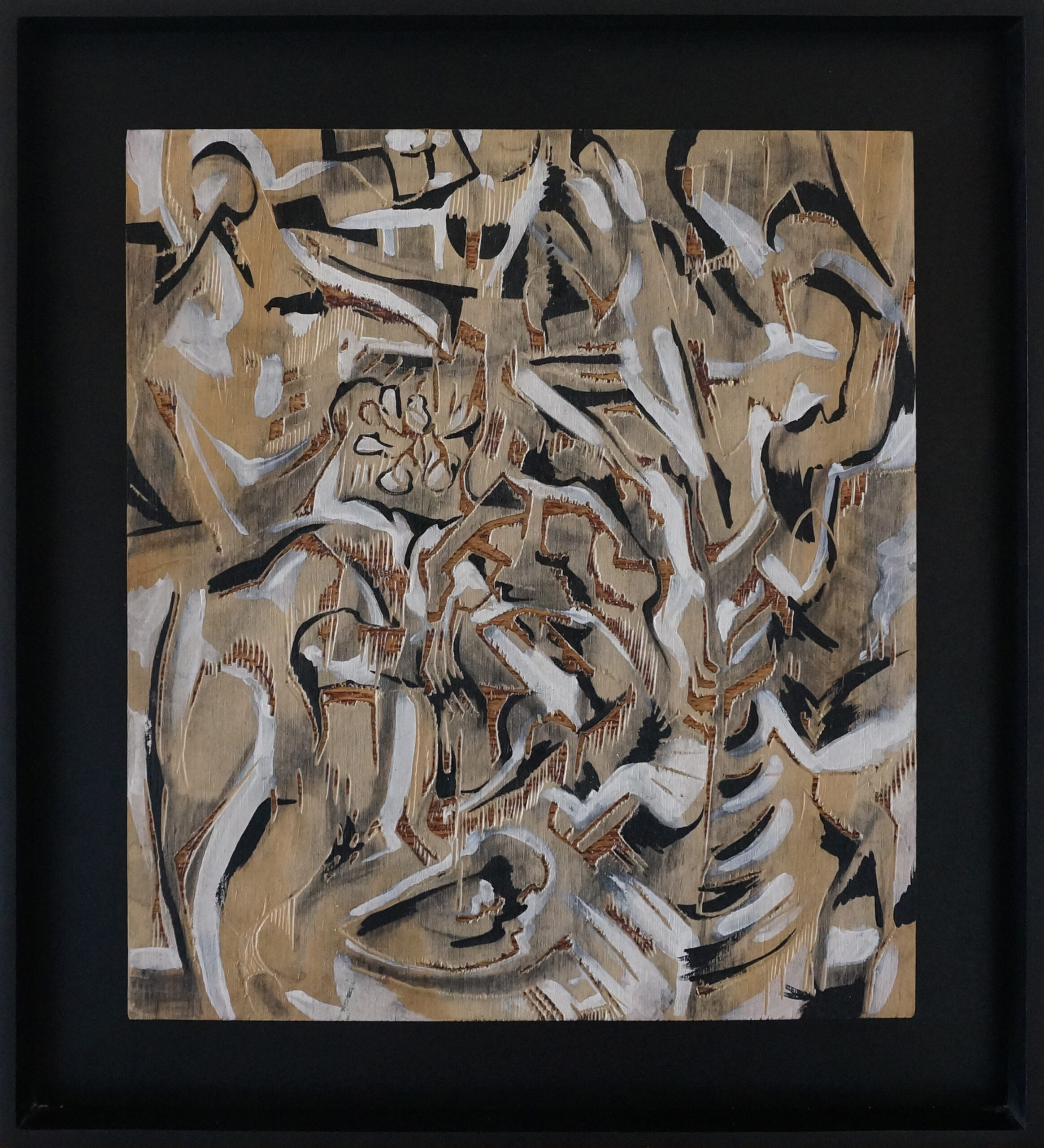 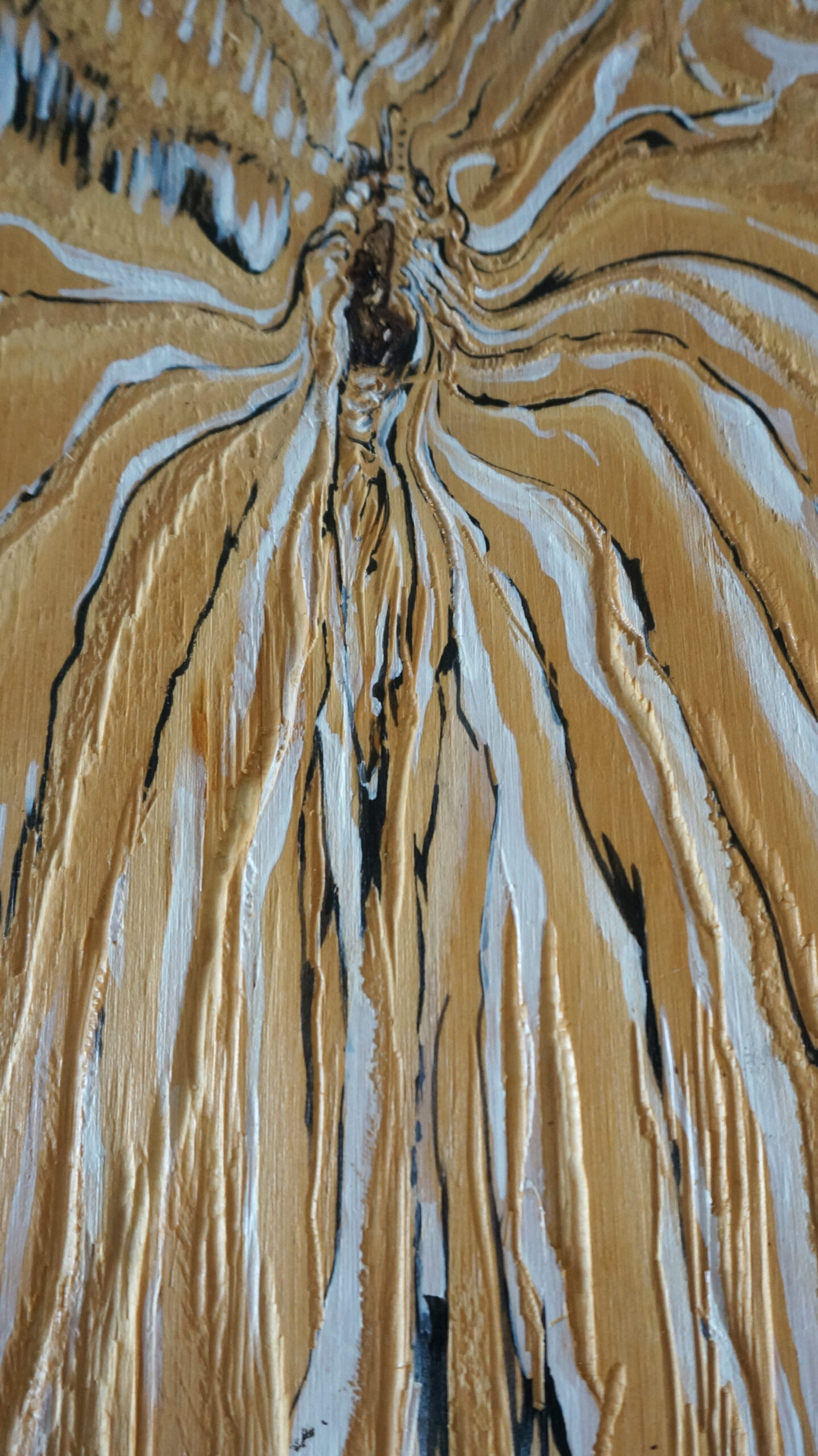 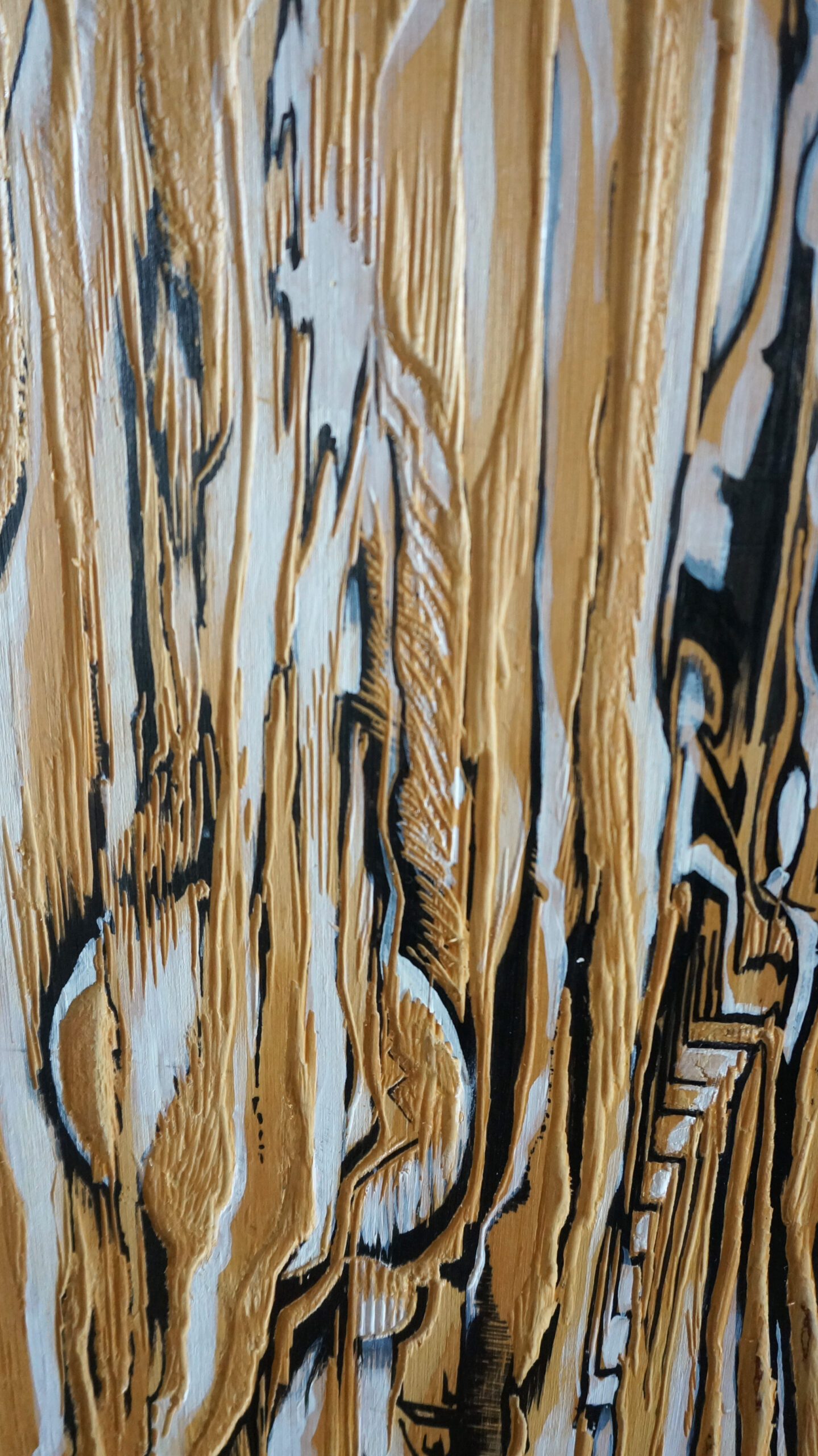 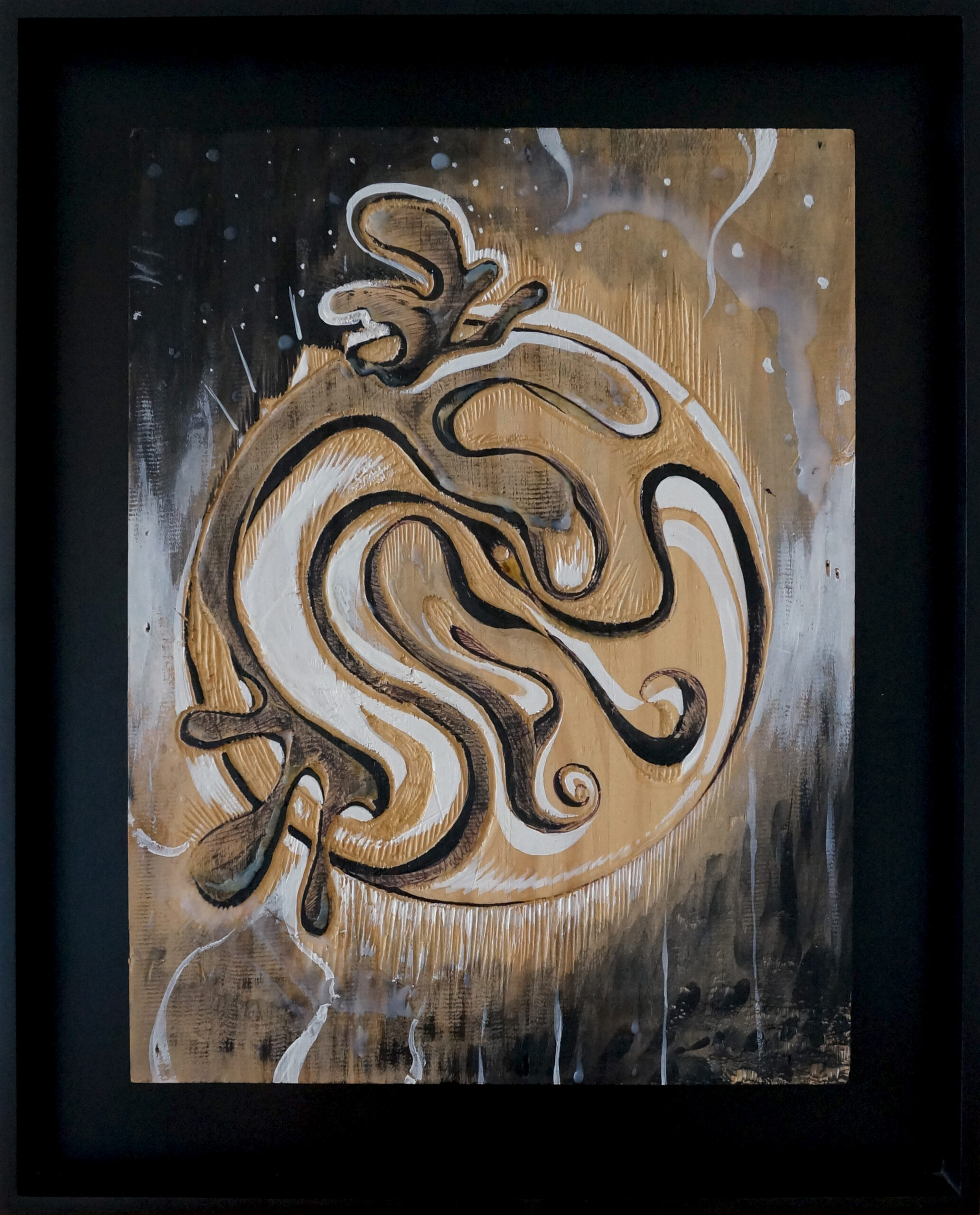 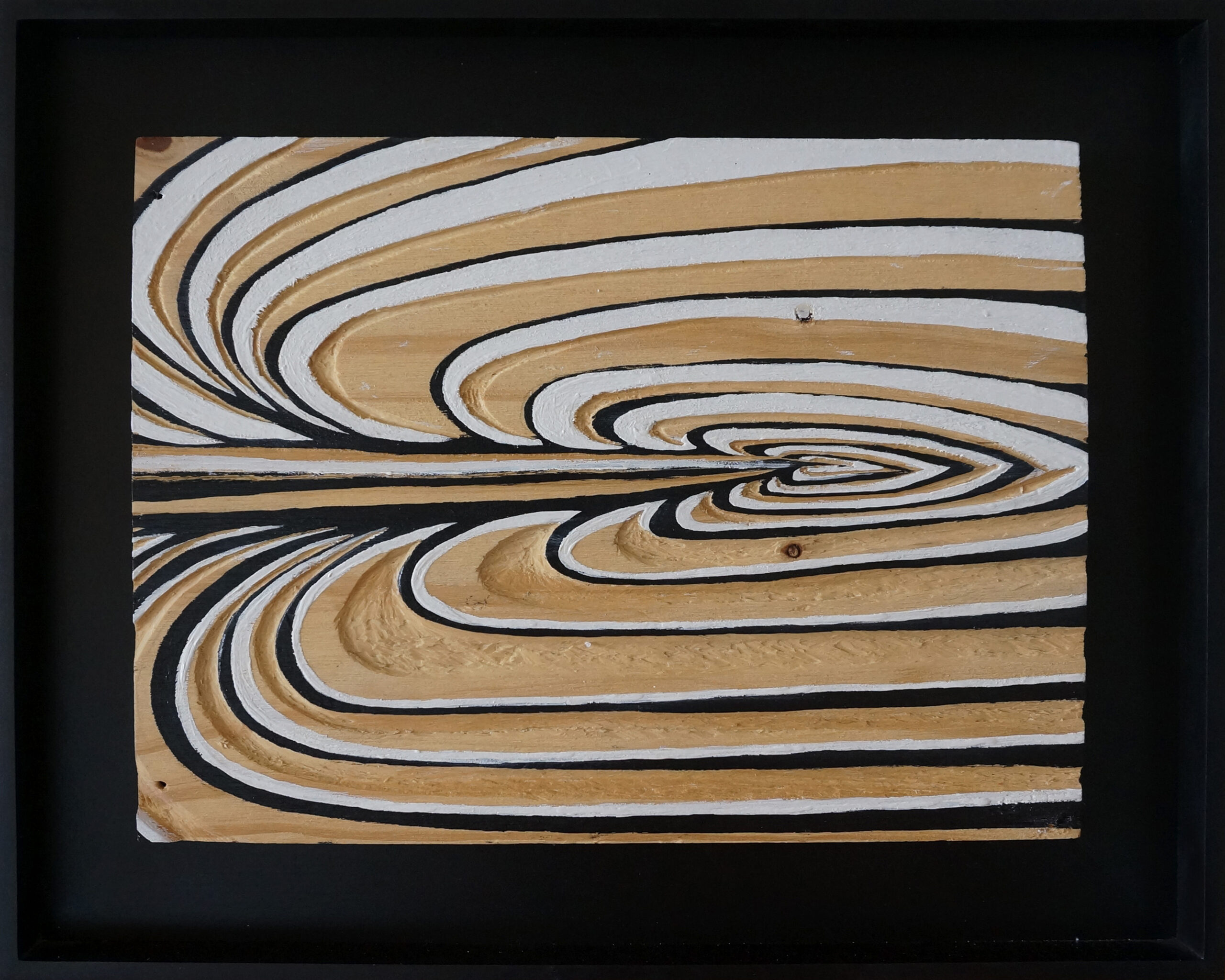 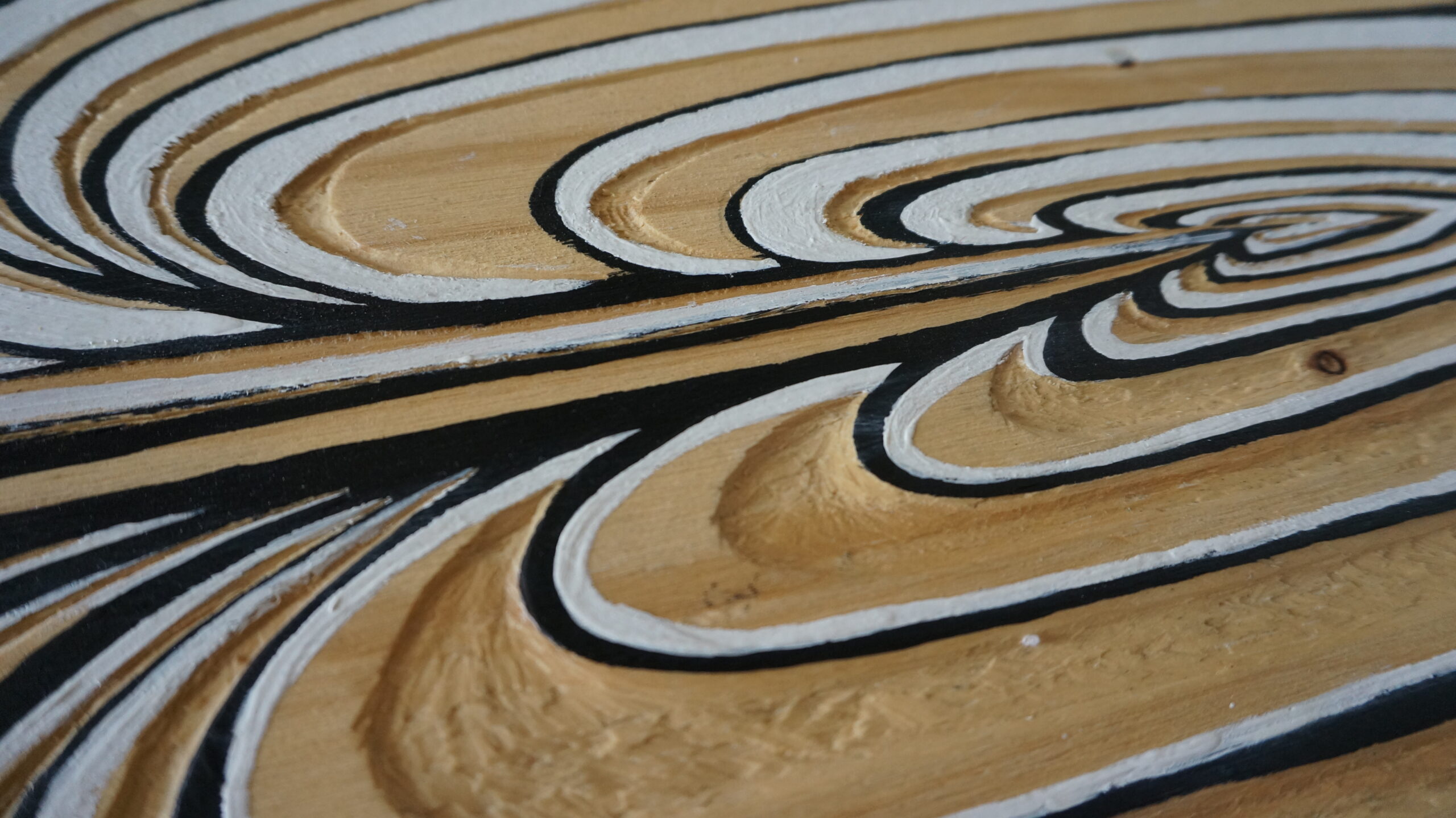