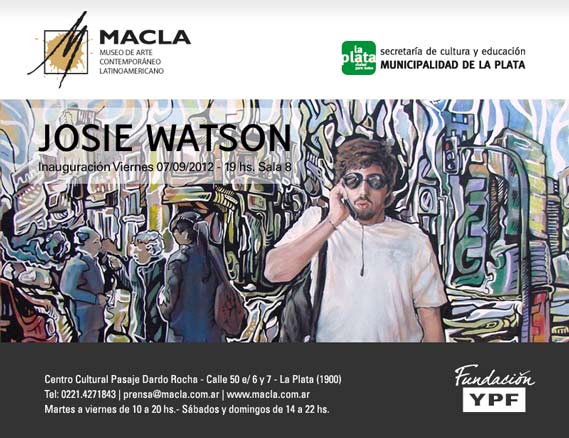 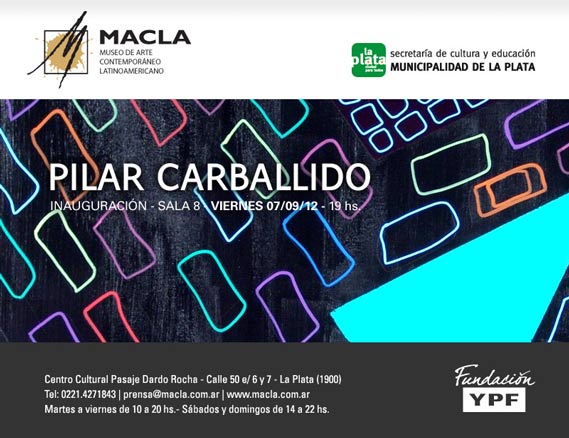 Exhibition of paintings by visual artists Pilar Carballido and Josie Watson who present their work jointly in room 8 of the MACLA.

Carballido’s work moves through geometric abstraction in which representative features can be recognized. In Watson’s work, realistic painting fades into forms that give relevance to the figure, the basis of its expression.

Pilar Carballido was born in Buenos Aires in 1974. She began her studies at Claudia Masucceli’s workshop and later continued her training at the National School of Fine Arts Prilidiano Pueyrredón. She obtained a scholarship to attend the workshops of Clelia Speroni and Miguel Bengochea, with whom she continued studying at the Ernesto de la Carcova School of Fine Arts, having as teachers also Ricardo Laham, Jesús Marcos and Juan Astica. Throughout his career he has had numerous individual and group exhibitions, among which are ARTE BA, 2011; Arroyo Gallery, Abstraction, 2010; Hotel Bel Air, Gallery Nights, 2009; Metropolitan Museum, 2008; C. C. Recoleta, 1997.

Josie Watson is self-taught and began studying painting at the age of 11 with Grupo Sepia. In 2006 she began her university studies at the Santa Ana National Teachers’ College and set up her own workshop.  Then she will take a new artistic orientation by studying at the New School of Design and Communication where she combines the classical techniques learned so far with the latest technology in graphic and multimedia design. Since 2007 he has been studying and producing the series Ciudad Automática. Besides being a painter, she is a digital illustrator and a muralist. 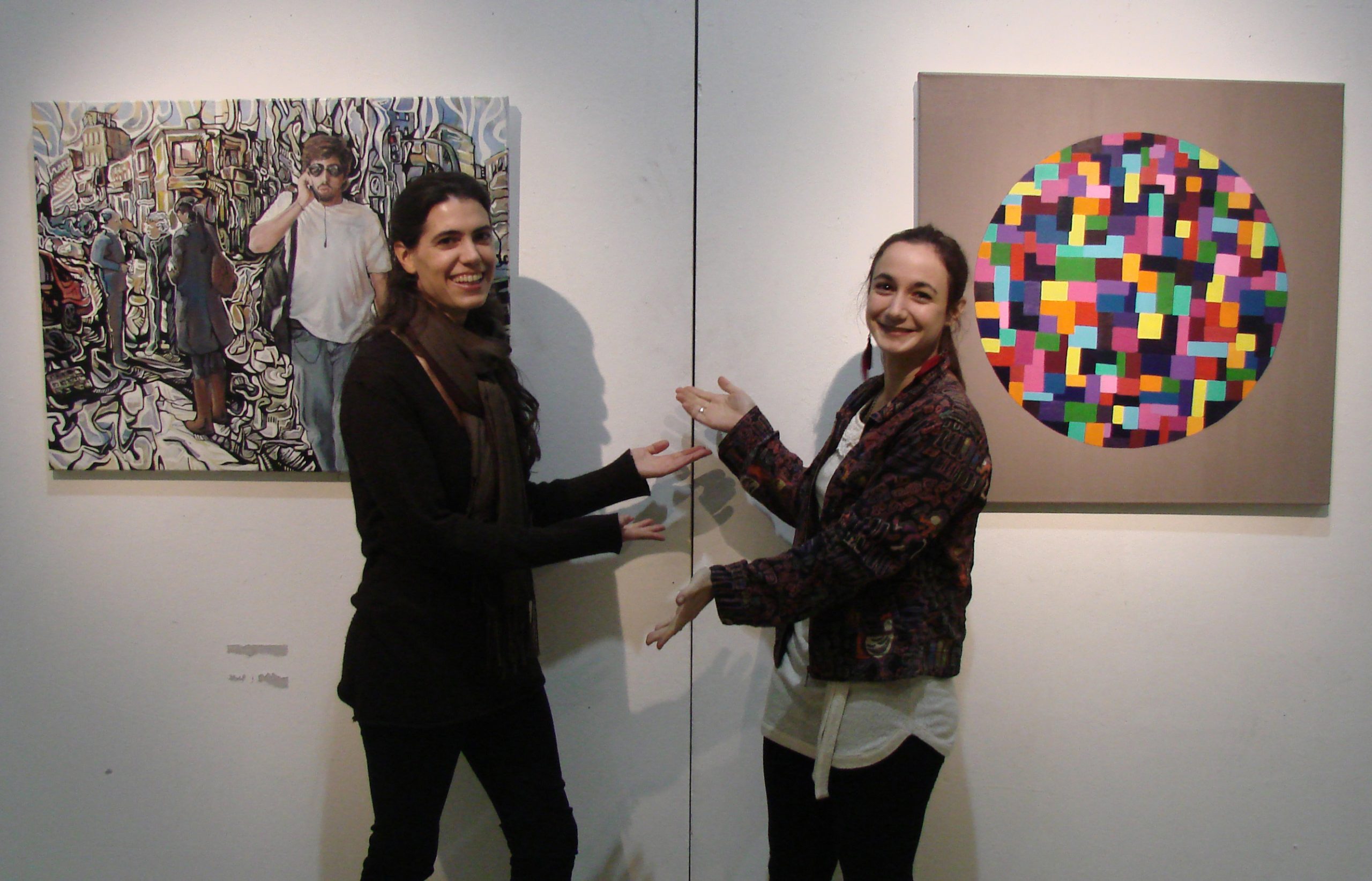 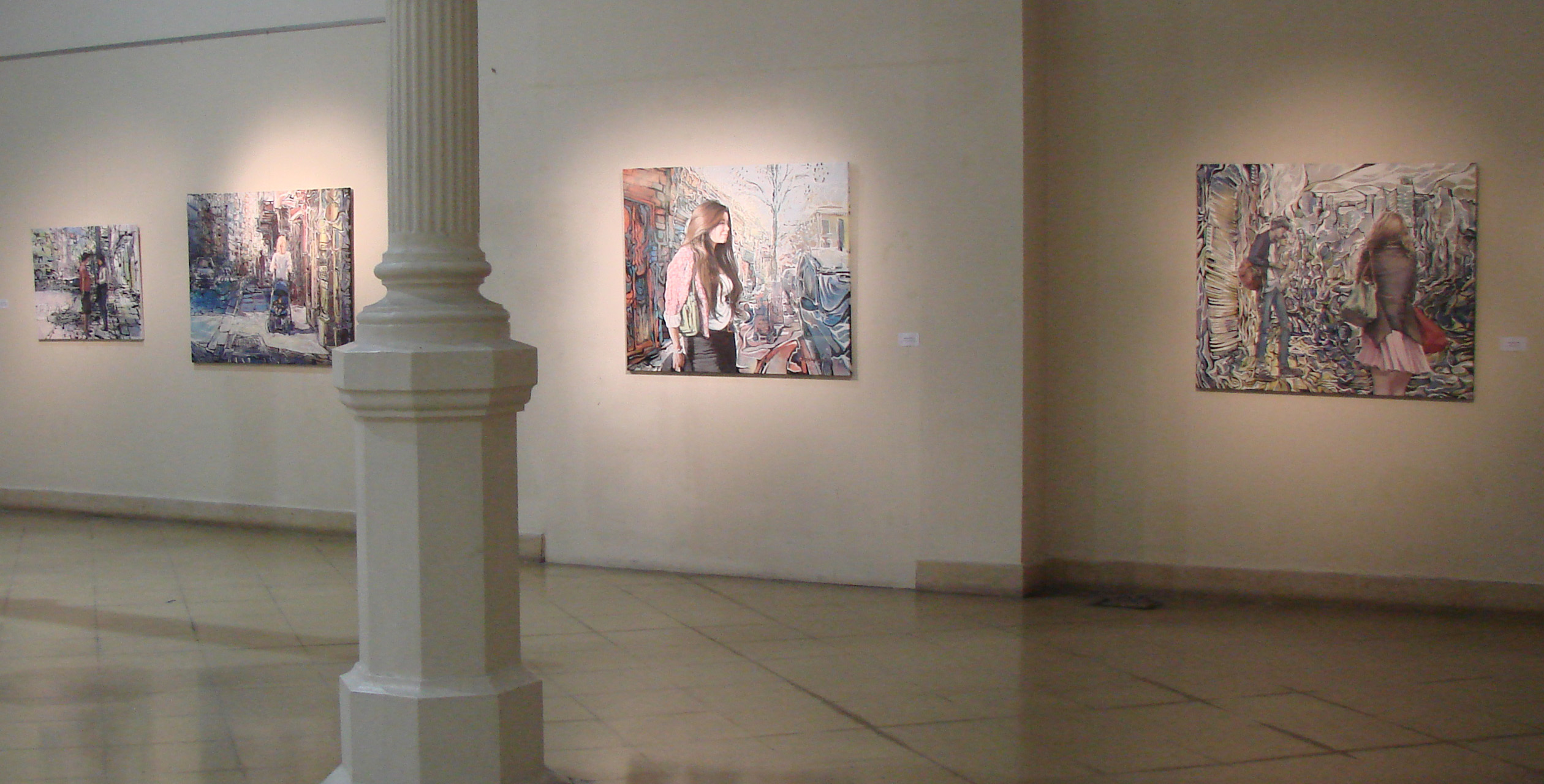