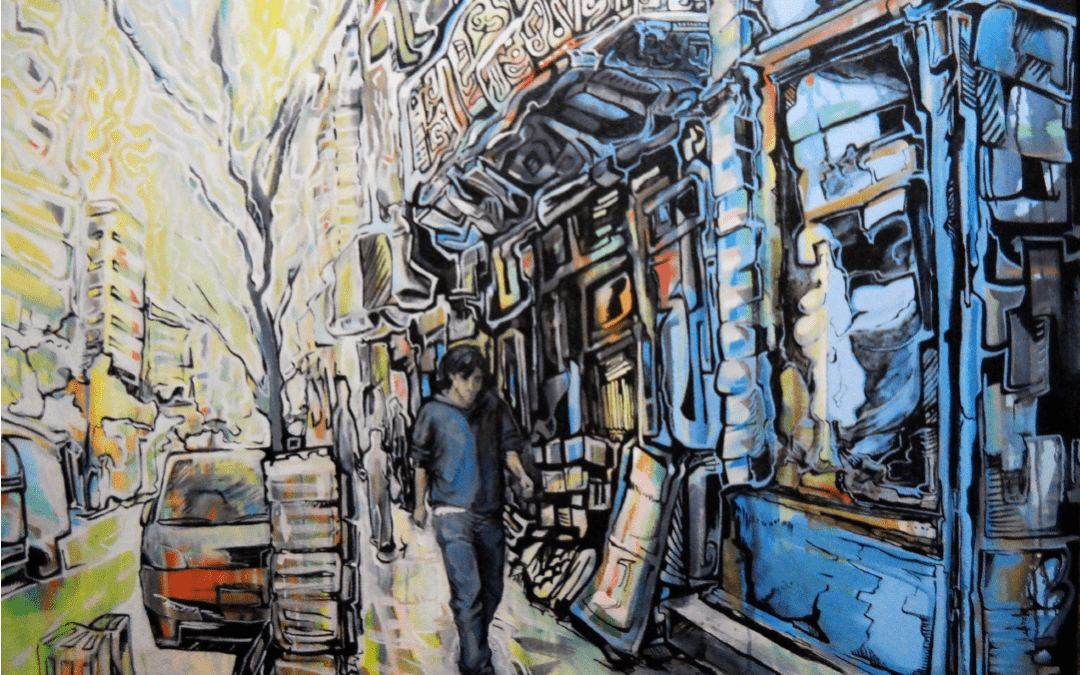 With its “New Aires Art” label, the Bank continues to promote auctions with works by young artists who have not yet entered the commercial auction circuit. And to do so, it does not spare any of the attributes that surround its traditional operations: a first-class catalogue, advertising support and the entire sales structure at the service of this operation.

The public rewarded with the best offer a mixed technique of Josie Watson, who did not hesitate to put everything in the grill since “Avenida Corrientes – De la serie automática” obtained the first prize of the Salón Estímulo de Ramos Mejía. Made this year in a measure of 100×120 cm it was paid 8.625 pesos.

With an image that reveals the Caribbean spirit of his work, Ebenezer Leyva of Cuban origin, collected 6,400 pesos for “El vuelo del Icaro” of 136×90 cm. Third place on the price podium went to a sculpture by Federico Klarich made up of wooden assemblages that gave shape to the “Dog” of 80x110x55 cm which was paid 4,000 pesos.

The Bank’s firmness in supporting this philosophy of encouraging young artists was reflected in the synthetic comment of Carlos Leiza -responsible for the sales area- “For next year we plan to hold three auctions similar to those we held in 2012”.